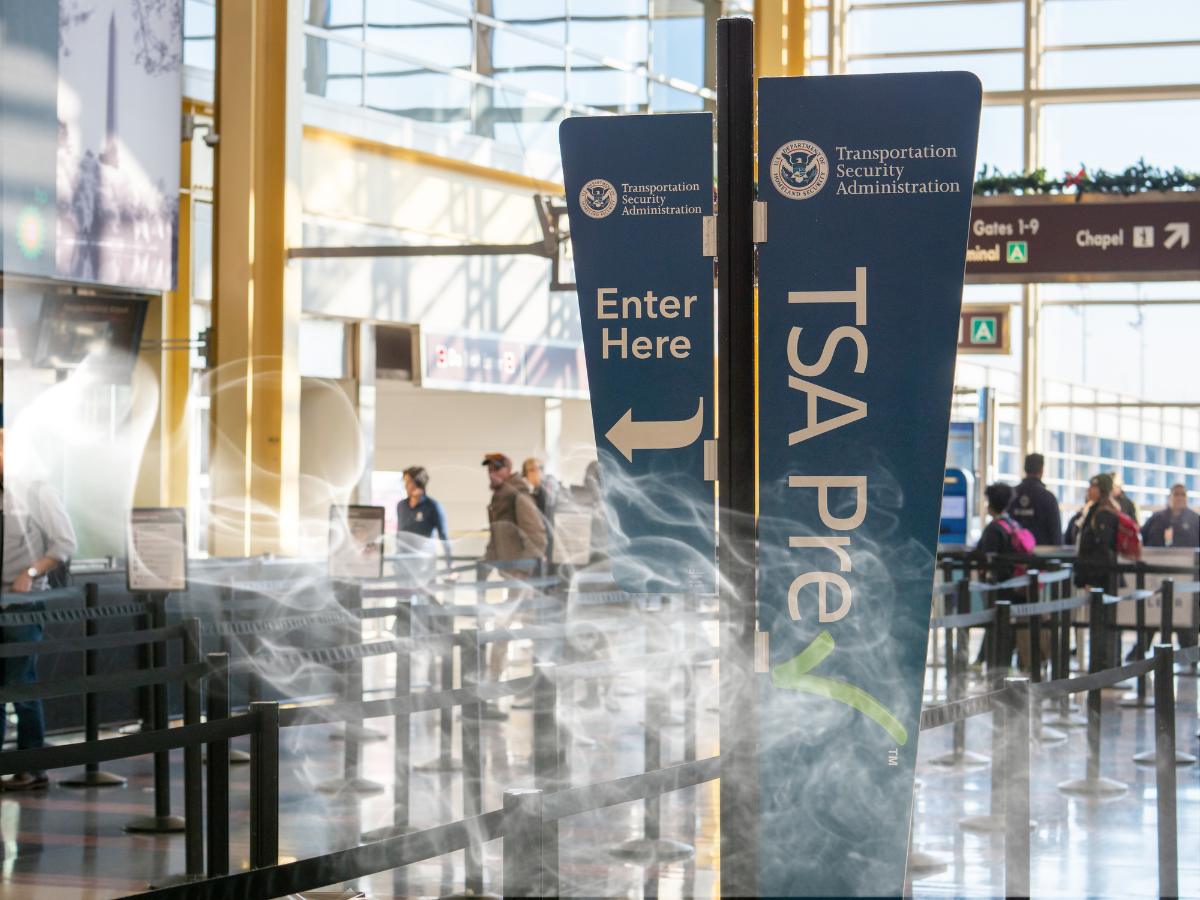 In this article, you will learn practical tips for traveling with cannabis in various situations - from an innocuous car trip confined to the borders of a state where cannabis is legal, to the more nerve-wracking situation of getting on a plane with some weed in your luggage. Keep in mind that carrying cannabis products on a plane, or while crossing state borders is against federal law, and you are responsible for researching and considering any legal aspects and possible consequences in case you get caught. Unfortunately, in most situations, it's difficult to predict what exactly will happen if you do get caught. This is because of the large legal gray zone in many states and the contradictions between federal and state laws. I would absolutely advise against bringing any if you are flying to a different state that has legal weed, but even that can become somewhat confusing. Buying weed in DC is completely different than buying it in Denver or LA. Different laws, different regulations. Know where you're going if you're going to carry it with you. There are several factors that can make traveling with cannabis flower tricky:

Even if you travel on the ground within the borders of a state in which cannabis is legal, there can be a certain stigma associated with it and its smell, so legality is not necessarily the only issue you may be concerned with. Fortunately, in that situation, a good container that seals shut and doesn't let any smell out is all you need.

It's illegal to drive while under the influence of cannabis. But even if you're just carrying it and you're not crossing any state borders, a cannabis smell coming from your vehicle can get you into trouble if you're stopped by an officer. Cannabis smell is a probable cause for searching your car, so even in the best-case scenario, you may get into a time-consuming hassle. Here are a few simple rules to follow to reduce your risk of getting into trouble.

Don't Carry A Large Quantity of Cannabis In Your Vehicle

A small amount, obviously for personal usage, has less potential to get you into the trouble you may run into if you carry a whole bag. A good rule of thumb is to carry less than an ounce, which is a legally defined limit in the state of Nevada as an example. Again, know your location and the laws there.

Don't Carry Cannabis In The Cab Of Your Vehicle

If you have to travel with your weed, don't keep it in the cab with you, carry it in the trunk. On one hand, this helps ensure that the inside of your car doesn't smell, so they have much less of a reason to search it. But even in case an officer searches your car and finds your 'stash', it would seem way less likely that you were smoking while driving. If you carry the cannabis flower in your pocket, next to your seat, or any other place within reach of your driver's seat, you'll have much more explaining to do and are way more likely to be assumed to have been smoking while driving. The same principle applies to rolling papers, a small pipe, or a bong near your driver's seat.

Bringing Cannabis Flower With You On An Airplane

Although strictly speaking this is illegal, many people still do it. It can be quite a nerve-wracking experience, so you may want to consider if the anxiety alone is worth it. Here are some positive facts that will reduce some of the anxiety you may have about getting caught. If you take the proper precautions, the possibility of getting caught is low. But even if you do get caught, it's highly unlikely that anything remotely disastrous will happen to you if you carry a small amount. By protocol, the TSA will contact your local police and in the end, you'll probably just end up having some explaining to do. The TSA is mainly concerned with threats to the safety of the passengers. Looking for weed isn't the main concern of the screening personnel. Still, there are no guarantees and you may want to research all the legal aspects yourself and consider whether or not you're willing to take the risk. If you ultimately decide that the risk is worth it, here are some tips that will help you stay out of trouble.

Don't Carry A Large Quantity Of Cannabis With You

Following the same line of thinking as when you're in your car, you don't want to carry much. When you're traveling by air, though, "much" is a bit different. An eighth is a maximum amount you should carry on a plane. Not that that would make it legal, but it would greatly reduce the trouble you'll run into if you get caught.

Don't Travel With Weed In Your Checked Luggage

Only carry weed in your carry-on bag. If the package is in your checked luggage, you will constantly be wondering if it's going to get searched somewhere along the way and if you should be expecting an embarrassing call that will only lead to trouble. But also, your checked luggage can get searched for many reasons, while there's a high probability that your carry-on will only get looked at through an x-ray scanner.

This means no liquids over the limit, no additional, smaller bags with a lot of different electronics inside, no knives, weapons or suspicious-looking cosmetics bottles, and so on. Don't do anything that breaks the rules or otherwise makes you stand out from everyone else, especially with your checked and carry-on luggage.

How to Conceal Cannabis And Its Smell

Plastic bags don't always do a good job of concealing the smell and if they're not sealed well they get easily compressed by movement, which leads to leakages. Vitamin bottles are an excellent choice - they're sturdy, seal well, and don't look suspicious. On airport scanners, they don't particularly stand out, especially if there are several of them. They are also expected to be filled with something, either a powder or capsules, so that removes even more suspicion from them. Cannabis in general isn't particularly recognizable on x-ray scanners and looks like an unspecific blur. Again, people who look at the x-ray images are mostly looking for weapons, large liquid containers, or canisters that can be a fire hazard. Don't bother trying to be too smart in trying to hide your weed in places it obviously shouldn't be in. Don't try to hide it in your underwear or in any other way that looks like you have something to hide. If you do and you do get caught with it (and you likely will), it won't be easy to argue that you weren't smuggling on purpose. Any well sealing container with a thick wall will be able to contain the smell and if you want to get fancy and order something specifically for that purpose, there are a multitude of 'stash container' types of products online. Of course, make sure to wash your hands and the outside of the container after you fill it up - by handling the herb, it's easy to deposit some aromatic oil on the outside surface of a plastic container, which can be detected by a person with a strong sense of smell. It's almost as hard as removing weed smell from your home. In fact, you may be better off using some disposable gloves to fill the container with and just tossing them before you leave home.