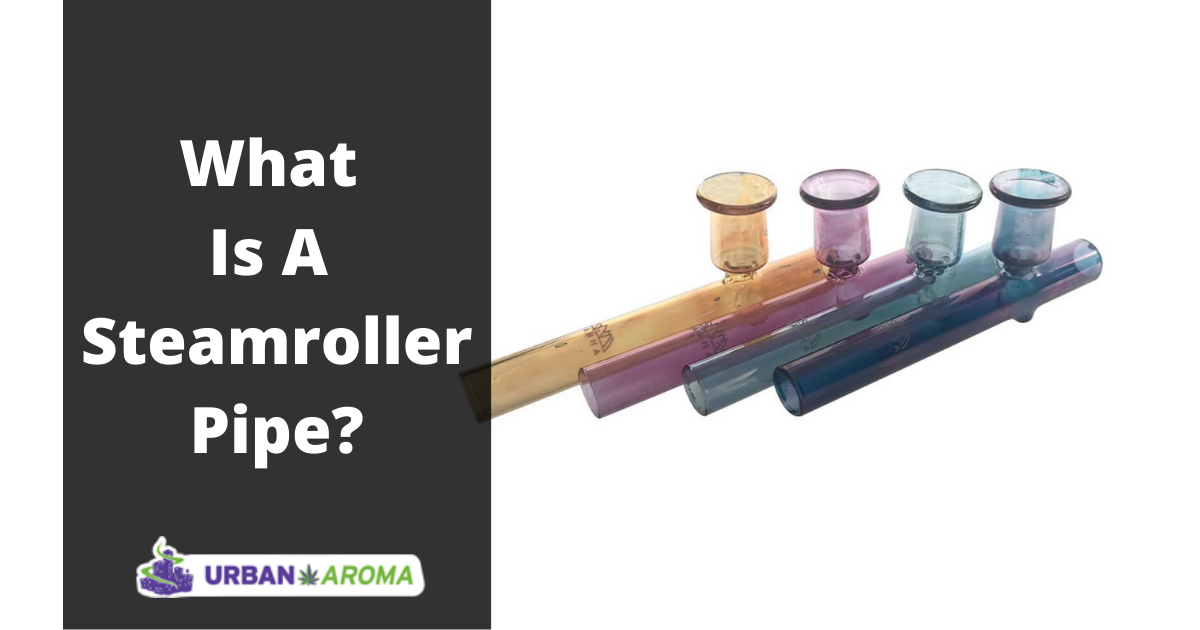 Steamroller pipes are a very portable, simple, and elegant smoking solution. They are especially suitable for people who are looking for big, powerful hits, but who also want something that can be easily carried around. The steamroller is also great for everyone who is after an easy and hassle-free way to smoke that doesn't involve any preparation steps like rolling. Although the steamroller is very similar to a normal pipe, it does offer several unique advantages, which we'll discuss later in this article.

What is a Steamroller Pipe?

The steamroller is somewhat of a cross between a pipe and a bong. Just like a bong, it has a hole which you cover with your finger while you're drawing in smoke in the body of the pipe. You then uncover the hole and inhale, delivering the hit. Unlike a bong, there is no water to filter the smoke, which makes the hit stronger. This is a part of the reason why the body of the steamroller is relatively small - it can deliver a powerful hit without needing to accumulate a large volume of smoke. Steamrollers are usually made out of glass, but there are also acrylic versions with a metal bowl. Those are not as long-lasting and are a bit more difficult to clean, but are also cheaper and less prone to breakage in case you accidentally drop them.

Brief History of the Steamroller

The steamroller pipe obviously gets its name from the visual similarity to a steamroller train, with the bowl representing the chimney of the train. However, the first steamroller pipes preceded trains by hundreds of years. Although it's not exactly clear who created the first pipe with a carb-hole, we know that Native Americans used a similar style of pipe in their ceremonies and that clay versions were being made in India during the 18th century. Those clay versions ultimately became the modern chillum pipe, which does not have a carb hole.

How Do You Use A Steamroller?

Using a steamroller is very simple and straightforward. You pack the bowl and draw in smoke while covering the front hole (commonly referred to as a 'carb hole'). Then you take your finger off the carb hole and inhale all the smoke accumulated in the body of the pipe. Obviously, the longer you draw the smoke in while the carb hole is covered, the more smoke-saturated the pipe becomes, and the stronger the hit will be. Steamrollers are sometimes accused of being too harsh and strong and for that reason are often recommended to experienced smokers only. However, by drawing in smoke more slowly in order to reduce the burning temperature in the bowl, and by not filling up the whole pipe with smoke before inhaling, it's possible to achieve a more mellow hit.

What Are the Benefits and Advantages of Using A Steamroller Pipe?

Most of the advantages of the steamroller are related to its portability and ease of use. However, it does have a few other advantages, more directly related to the actual smoking process.

How to Clean Your Steamroller Pipe?

As hassle-free as they are to use, steamrollers do require some cleaning from time to time. Typically, the transparent glass of the pipe gets less and less clear and over time can become completely dark. This is due to oily deposits from the smoke. Water doesn't really do a great job of removing that oil. The most effective way to clean your steamroller is with isopropyl alcohol. You can use cotton swabs or tissue paper soaked in the alcohol to clean the inside of the pipe. Another popular method is to pour some isopropyl alcohol in the pipe, add some kosher salt, and then shake the pipe, obviously covering all the holes with your fingers while you do it. During the shake, the salt particles physically remove debris from the walls of the tube, while the alcohol dissolves all the soluble oils, quickly returning your steamroller to its pristine look.