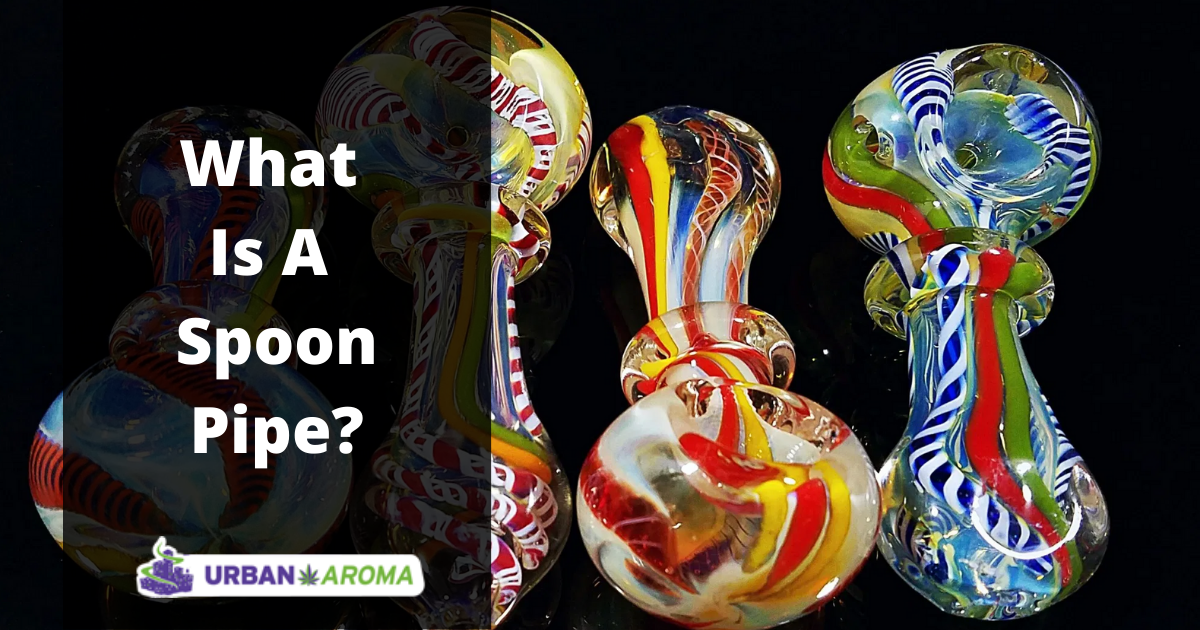 A spoon pipe is a style of pipe for smoking herbs, tobacco, and cannabis. They are appropriately named for their basic spoon shape and size and are mostly made with blown glass today, but can also be made with other materials. Most people prefer using a spoon pipe because it’s convenient. You only need to place the smoking material in the bowl headpiece then use a lighter. Some spoon pipes also feature a carburetor as do most styles of pipes used for smoking cannabis.

The History Of The Spoon Pipe

Ancient cultures have used spoon pipes for various things from sealing covenants and making treaties to simply using them to smoke herbs such as cannabis recreationally. Spoon pipes of those periods were usually made of cheap materials such as bamboo, clay, or even various types of stone. Glass was simply not readily available to the general public thousands of years ago, because it was expensive to produce. Only the wealthy had access to blown glass, especially in the early days of its technological development around 30 BC. It wasn't until the 1960s and 1970s that glass spoon pipes became popular as a way to smoke cannabis. However, spoon pipes have become more popular in the west and cannabis is slowly becoming legal across most US states. The latest spoon pipes are of borosilicate glass material, which is elegant. This makes it sturdy, and it withstands high temperature, so no heat cracks or shattering while you're smoking. The spoon pipe consists of a bowl for putting the content, a stem, and a carb. Spoon pipes are readily available almost in all countries across the globe.

How To Use A Spoon Pipe

Load the bowl with your cannabis, cover the carb (if your pipe has one), light the material from the side of the bowl with a lighter or wick. The reason you light from the side is to conserve your cannabis, as just lighting it all up from the middle doesn't create a better experience. You want to leave as much green material intact as possible, especially when you're sharing the pipe with someone else. Once you've had enough, uncover the carb if applicable, and empty the pipe. Hold the breath for a moment and exhale all of the smoke in one fluid breath (away from others present, of course) to avoid coughing. If desired, take another hit if there is enough material left or dump the ash if it's all spent. If you have a pipe with a decent-sized bowl, you can get screens to fit inside it to stop the ash from getting down into the pipe and going into your throat. Ceramic and glass screens also exist and can be better than metal screens. Nobody wants to inhale hot ashes.

How to Clean A Spoon Pipe

Spoon pipes aren't usually too difficult to clean, but they can be if you don't do it the right way. The cheapest way to clean your spoon pipe is by soaking it in isopropyl alcohol and using coarse salt (kosher salt) as an abrasive to knock loose resin and ash. The alcohol can do a pretty good job, but if you want to really get your glass sparkly clean with a minimal amount of effort, you'll need a cleaner specifically made for glass such as Grunge Off or Formula 420. For the instructions below, we'll assume you only have access to alcohol and salt. First, place your spoon pipe in a plastic container, preferably one that has a lid. Do not put more than one glass piece at a time in the container at this point. Add 1/8 cup of salt to the bottom. Fill the container with isopropyl alcohol and make sure the pipe is completely covered. Pop the lid on it and shake it vigorously for a minute or two. You don't want more than one glass piece in the container because they could break one another, so only do this one piece at a time. Once the shaking is done with one, you can take it out and do it with another. Leave your pipe(s) in alcohol or another glass cleaning solution while you're sleeping so the cleaner has time to work its magic. Remove the spoon pipe and rinse it with hot water. After being in the cleaner for 7 or 8 hours, it will be fairly clean if left in alcohol. If left in a glass cleaner, it will be sparkling, almost new levels of clean.