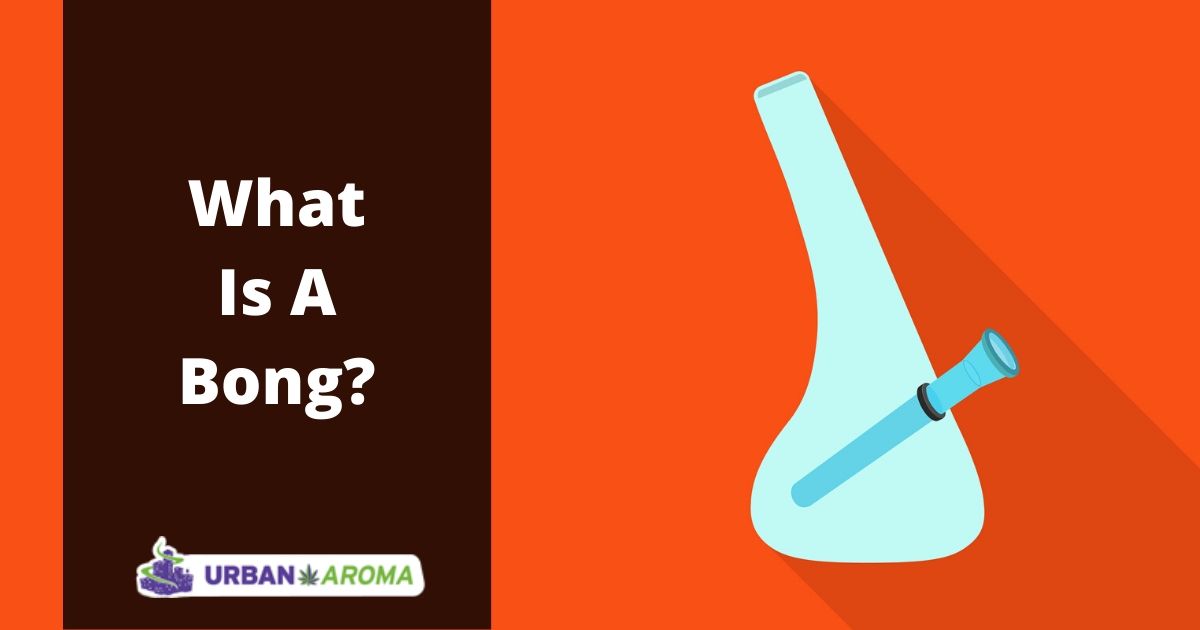 Bong is a term for any water pipe that is made of a cylindrical smoking tube. The tube has a base and the pipe is vertical in design. At the top is an open mouthpiece, towards the bottom, and exiting the side is a downstem and bowl to hold the material being smoked. Bongs are as simple as the description above, but can also be very complex in design, features... plus the added benefits. So, how did the bong as we know it evolve into what we have today?

History of the Bong

We're going cover the long history of bongs quickly. Check this out. Bongs came out of the gate sporting some serious bling! The oldest recorded bongs were found in Russia in 2013. They were made of Gold and date back at least 2400 years. Scythian tribal chiefs used them to smoke both cannabis and opium. Remember, the Scythians reigned back to 7,000 BC. Bongs have been around for a very long time. Bongs (and Thai stick) were brought to the United States in the 1960s, compliments of the Viet-Nam War and the United States Military. The stresses of war drove many troops to smoke Thai sticks and cannabis in bongs. This war also brought the "shotgun" into our current culture. Troops would blow the smoke through shotgun barrels to each other. Next time you blow someone a gun, think about the first US troops using a shotgun barrel. The word "bong" is based on the Thai word "Baung". Rumor has it that it became "bong" because Americans couldn't pronounce it correctly, and it stuck in the U.S. weed culture.

Why Should I Use A Bong?

There are many reasons you should use a bong, but there are some qualifications you should consider before buying one. But here's the short story on why you should use a bong over dry pipes, blunts, and joints. Heat - When you smoke a blunt or joint, the temp of the smoke-air mixture hitting your lips is between 150°F and 200°F. With a dry pipe, it's hitting your lips at 125°F to 150°F but with a bong, it's 100 to 125 degrees. That means you can cut the temp of the air and smoke you inhale by 100°F with a bong. Here's a bonus. Percolators and ice water in the holding area lowers the temp even further, and you can buy a bong with ice catchers and holding boxes that lowers it even further. You can actually take massive rips in the 50°F range if you have the right bong and proper setup, but more on that later. Ash and Tar - If you've ever used a bong, you already understand how quickly the water is contaminated and dirty, ash is floating in the water and settles on the bottom quickly. With a dry pipe, some of that hot ash makes its way into your throat and lungs. If it's still burning, it can scar your throat and burn. This is not possible with a water bong. The water stops any debris or ash, whether exhausted or still burning. As soon as it hits the water, it's caught. After smoking just one bowl, you can see tar all over the glass. It's a cleaner and safer way to smoke cannabis or hemp flower. Does it stop the damage of inhaling organic matter in the form of smoke into your lungs? No, but the term "safer" is pretty clear. It's not a claim of safe, just safer. Better Flavor - With a wide variety dry pipes, joints, blunts, and other smoking methods, everyone want's the first hit. But why? That first hit tastes much better than any subsequent hit from it unless it's a one-hitter, where every hit is fresh, but you have ash, debris, embers, and heat to deal with again. With a bong, it's always smoother, cooler, cleaner, and more enjoyable.

What Is A Straight Tube Bong?

A straight tube bong is a water pipe that is made from a single tube that is consistent in diameter from top to bottom. They usually have a small platform at the bottom that the tube rests on that is slightly larger in diameter than the tube itself.

What Is A Beaker Bong?

A beaker bong is a water pipe that has a wider base that tapers up to fit the size of the tube in the bottom 1/3rd or less of the total bong. It looks like a beaker with a very long spout. The larger beaker bottom allows for more water space and a more stable bong. It's not tipped over as easily as a straight tube or round-based bong.

What Is A Round Base Bong?

A round-based bong is a water pipe with a larger globe-shaped area at the bottom for additional water and a slower bong fill as you hit it. Some come on a stable foundation or footer, so they are very unstable. Make sure it sits well before spending big bucks on one of these, but on the flip side, expect massive rips from them. Now that we have the basic shapes under control, let's dig into the parts.

What Are The Parts of a Bong?

You have the main body of the bong, mouthpiece, bowl, and downstem on most bongs sold in the U.S. if it's of decent quality. It's close to industry standard now for anything in the class of bongs, especially mid-size to large... or extra-large. More advanced bongs add percolators of different designs, ice catchers, and a lot more. But there are many options on bowls, downstems, and even percolators. Let's cover the short version of these now.

What Is A Bong Bowl?

A bong bowl is the part of the bong that holds cannabis, tobacco, hemp, or whatever else you may be smoking. It feeds into the downstem. They come in different sizes also depending on your bongs body fittings. Most Common Bong Bowl Sizes

What Is A Bong Downstem?

A bong downstem is the glass tube that fits into the hole on the side of the bong and protruding into the water in the reservoir. The bowl is generally inserted into the top of the downstem on the exterior of the bong. Most underestimate the power and performance of a downstem on a bong. The one you choose matters.

What Is A Bong Percolator?

A percolator in a bong can come in many forms, but what they do is break the larger bubbles of smoke into hundreds and thousands of bubbles. This gives you cleaner and cooler smoke to inhale. The more surface area exposed, the quicker it cools.

While there are likely an unlimited amount of variations of designs, most fall within these 5 different types of percolators.

It's worth investigating so you truly understand what percolators are and what their true value is for bong users. We have an entire article on percolators, so make sure you don't buy your bong before reading it.

What Is An Ice Catcher?

The ice catcher was a brilliant idea for bongs! Put some ice water in the bottom and ice in the ice catcher and it's the coolest, smoothest hit of cannabis you can get if your bong also has a percolator. It's like inhaling clean cannabis with cool, fall air.

Glass - the best choice by far. Many advantages to glass by a wide margin. Ceramic - 2nd best for two reasons, they break easily and fall short when compared to quality mid-range glass when it comes to flavor. Silicone - Great if you need to travel or hide it easily. Not the best flavor, so pretty sure silicone is not good for you either. But, it's still better than a dry pipe. Acrylic - Acrylic is difficult to clean and makes your smoke taste bad due to hot plastic. But acrylic bongs are tough and not easily broken. Now that you know a decent amount about bongs, you can take the next step and learn how to use your bong.