Purple Trainwreck is a well-balanced 50/50 hybrid strain by the Humboldt Seed Organization, and has THC levels in the mid range of about 15-17%. It’s a versatile smoke that won’t be a huge hit to your pockets — a little goes a long way.

I smoked some shatter from this same strain a few years ago, so I was really excited to get my hands on the flower. The buds were very pretty. Not too dense but nice, big and sparkly. The purple tint was more noticeable inside the bag full of the flowers, but I tried to capture it in the photos — you can really see it in the tips. 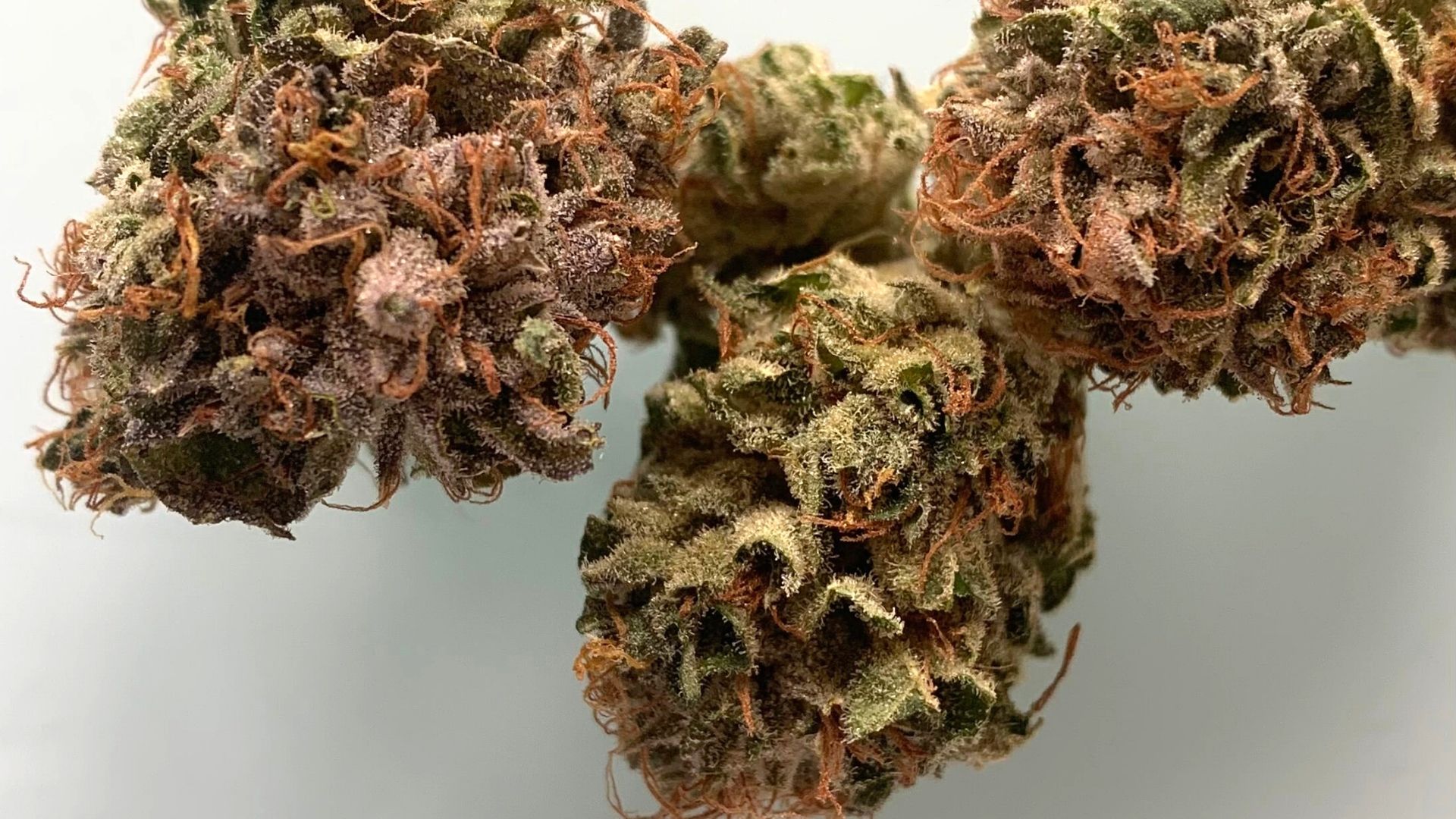 Purple Trainwreck is a really earthy marijuana, but it didn’t have any one particular note that stood out. To me, it smelled like ‘nature.’ My friend who was smoking with me insisted that it smelled like lavender growing in a forest but that might have just been the weed talking. And speaking of talking… boy, were we ever chatty after smoking this. It got us really bubbly and silly and playful, and we actually spoke for hours before rolling up another one. The effect started off really cerebral, and we were full of jokes and brilliant ideas. As the high wore on, the effects migrated down to our bodies for a nice, light buzz. We followed up with a second joint once we started to feel the laze creeping in.

The second joint brought on an even more psychedelic feeling, probably because we had now gone through the physical effects of the first round. We fell into a bit of a time warp, and talked for what seemed like many more hours, but the second round of giddiness didn’t last as long. We were definitely at one with the sofa by the end of the night. I can see how this would be a great therapeutic weed. The effects are long-lasting enough that it would be ideal for chronic pain, and the knock-out effect towards the end would work well for those suffering from insomnia. I had a very deep sleep after just two joints, and woke up the next day feeling relaxed and revitalized.

Rating: 9.4 Nothing against the Purple Trainwreck, but it was nothing incredibly special. Just an all-around good smoke. It was smooth, looked nice, and had a long-lasting high. Miraculously I didn’t get the munchies, but I did drink about 4 liters of water because I was talking so much.