This article was originally posted on Lakegrade.com. Happy 4/20, cannasseurs!! It’s that most wonderful time of the year again. The day we gather to celebrate all things cannabis. We thought it would be fun to explore the brief history of 420, a canna-culture holiday and slang term that has become synonymous with the enjoyment of our favorite magical, medicinal herb. If you ask high-flying herbalists about the origin story of 420, you get a wide range of answers, because much like folklore, your region and community influences the stories that have been passed down to you. Let’s explore some of our favorites.

Contrary to what you might have thought, 420 is not the California police radio dispatch code nor is it the section of the California penal code having to do with illegal marijuana usage. 420 does happen to be the number of the pending House Resolution H.R. 420 or The Marijuana Freedom and Opportunity Act introduced in 2019. H.R. 420 is, you guessed it, a federal initiative to decriminalize and deschedule cannabis in the US and is proof that at least some of our elected officials are hipper to pop culture than they might otherwise appear. 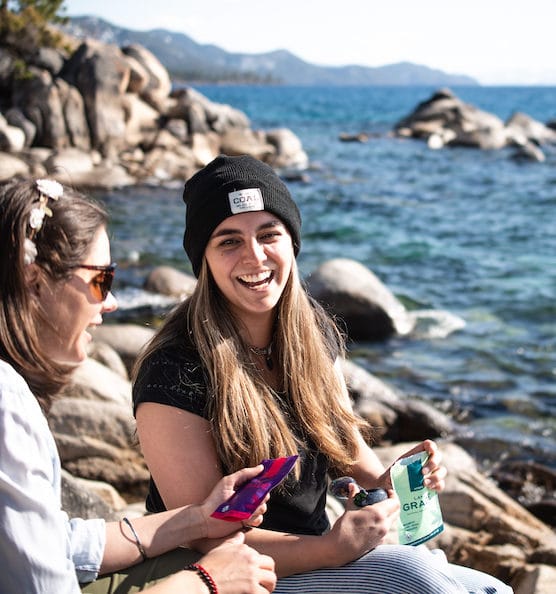 Other herbalists surveyed may tell you that 420 is the number of chemical compounds in the marijuana plant. Interesting theory, but doesn’t pass the Snopes test. Estimates of the actual number of chemical components in our favorite herb vary greatly but the current consensus is around 483, of which, fun fact, 120 are terpenes and 60-70 are cannabinoids. 4:20 does happen to be the time of day that Abbie Hoffman took his first intentional LSD trip in 1943 according to his lab notes, but that has nothing to do with 420 as we have come to know it. Just magical, medicinal synchronicity.

For the true origin story of 420, we’re going to need a Wayback machine or a magic bus to time travel us to 1971 when a group of weed-loving high school friends in Northern California—Dave Reddix, Steve Capper, Mark Gravitch, Jeff Noel, and Larry Schwartz (who called themselves the Waldos because they made a habit of sitting atop a wall on their San Rafael High School campus, goofing off and making fun of passers-by)—would gather at 4:20 in front of a statue of Louis Pasteur to smoke pot and go on after school adventures in their blue Chevy Impala, the Waldomobile. Back in the day, you’d hear Waldoes shouting “4:20 Louis” as they passed each other in the halls. One such caper involved a treasure map of an abandoned pot grow in nearby Point Reyes, California. Supposedly members of the Coast Guard had grown some weed on the sly for their personal enjoyment but as often happens, paranoia set in and they soon feared discovery by their commanding officer and purportedly put the word out that their bud was available for the picking. The prospect of free weed for teenage boys was a temptation too good to resist and the Waldos apparently spent weeks searching for the magical, mystery spot but never found it. Thanks to these canna-venturers, 420 was born and soon became synonymous with all things marijuana. The new lexicon spread with help from their association with members of the Grateful Dead who called Marin County home. Reddix’s brother was friends with Phil Lesh and Dave ended up being a roadie for the Dead and 420 was soon appearing in concert flyers and used as a convenient shorthand for pot usage amongst Deadheads. At the time, due to its illegal status as a scheduled narcotic, 420 became the codeword for marijuana, a way to talk openly about weed while keeping it on the DL. 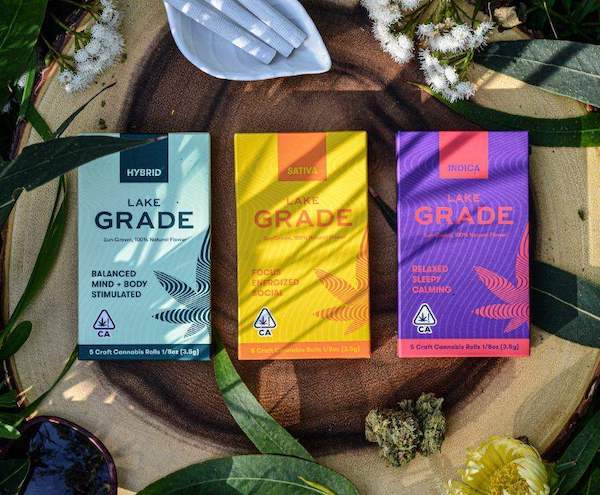 Thanks to the Waldos and their escapades, 420 is not only a prime time of day to light up a spliff but 4/20 in the US is like a national holiday for high flying herbalists, a day where pot lovers old and new come together to celebrate and enjoy their favorite herb in animated, smoky gatherings all across America. In fact, enjoying 420 at 4:20 on 4/20, that’s pretty much the canna-trifecta! Prior to the pandemic, 4/20 Day in San Francisco felt like NYE in Times Square as legions of stoners gathered at Hippie Hill in Golden Gate Park for a massive canna-palooza-esque festival of fun. As a result, the weeks leading up to 4/20 are the peak season for cannabis sales so if you haven’t placed your order, you best get on it :)! In honor of 420, we highly recommend you gather your best buds and your favorite bud and have yourself a high old time. A great choice for your 420 festivities is the LAKE GRADE Lemon Sour Diesel, a Sativa Dominant Hybrid that features dense, neon green buds with warm amber undertones and a substantial covering of fiery orange hairs that sparkle with trichomes. Our proprietary LSD strain delivers an uplifting, euphoric yet focused cerebral high followed by feelings of contentment as any tension you were holding in your muscles melts away. You’ll experience the delicious taste of lemon courtesy of terpene limonene, a mood elevator, with a hint of warm spices and a natural, earthy finish. For those of you who are tuned into terpenes, the high levels of limonene in this strain promote a focused, energized, and social experience perfect for a 420 celebration.